So No to Circumcision - 73% of Men end up with problems

I am always haunted by the data we collected a few years back - 7 out of 10 men who were circumcised has a significant scar or some type of dysfunction (loss of sensation, severe delayed climax, psychological scars, or anxiety explaining the scars or marks) 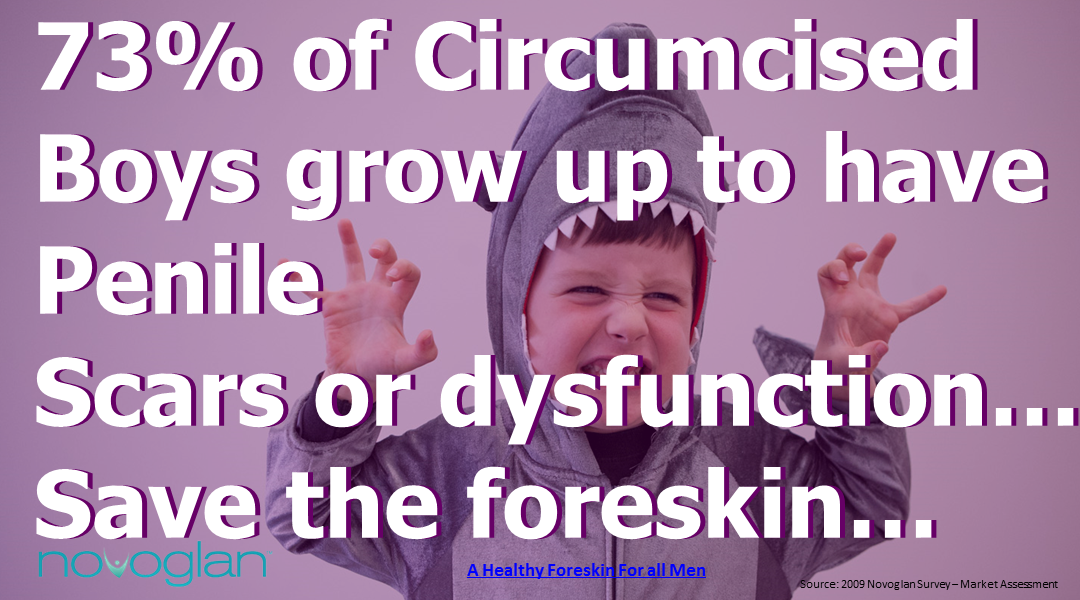 We undertook a random survey of over 300 men in 2009. The initial aim was to get a sense of the size of the population of men who were intact but had some issues such as phimosis or who would like to have a looser foreskin by preference.

We had a question at the beginning - "Have to been circumcised?"  The ratio of yes to no was around 60 to 40 responses where per 100 people questioned 60 had been circumcised. We had a follow up question to that first question, if they answered "yes".

We asked "Has the circumcision left you with any scars or other dysfunction of any kind when it comes to the health of your genitalia or sexual relations? If yes, briefly describe the consequences of the circumcision..."

73% of those men who had been circumcised told us about their physical and emotional scars and how it had caused them problems as adults. When we shared these results with some healthcare professionals we found three groups. 1) Some who were shocked and very concerned (2) some who were indifferent and (3) some who dismissed this data outright saying that unless a multi country major clinical outcomes study was completed, then they would continue to recommend circumcision.

At Novoglan, we set about achieving our Vision:

Novoglan Vision - An Intact World & Healthy Foreskin for All Men

We often say that if (and it clearly does not) this data showed an anecdotal link between circumcision and autism - the world  would be outraged and huge sums of money would flow into research and the practice banned until proven safe (well hopefully not allowed every again). However, for some reason, very few people understand the lifelong problems that circumcision can cause a man.

Help us achieve our mission and spread this as far and wide as possible. Remember, it is the child foreskin and  a future man should decide on how he wants his genitalia to look and function. Save the Foreskin!!!